High Intensity Focal Ultrasound (HIFU) is a minimally invasive procedure that consists of the emission of ultrasound waves that cause damage in the targeted tissues.  The main goal is focusing the energy of high-frequency ultrasound beam in a small volume of tissue, heating with a determined temperature, obtaining the destruction and death of the cells that are part of the tumoral tissue.

It is a procedure performed in an operating room under general or regional anaesthesia depending on the type of tumour.

Nowadays, it is an alternative to surgical removal in the treatment of solid tumours. It should be considered a great alternative in small tumours, but there are not enough scientific studies confirming it.

The greatest experience was registered in the treatment of liver, uterus and prostate cancer. It has also been used in the treatment of pancreatic and kidney cancer. In certain neurological diseases, where there is a zone of the brain tissue responsible for the symptoms, like the tremor characteristic of Parkinson’s disease, it is giving satisfactory and encouraging results. The HIFU burns the dysfunctional brain nuclei that cause disabling tremor.

In aesthetic medicine, it is used for facial rejuvenation (increase in collagen and elastin fibres). This procedure is not exempt from complications, so make sure it is performed in a centre with healthcare professionals. 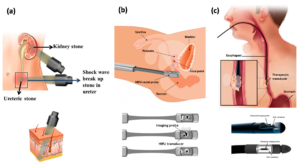 It is a non-invasive technique that avoids the inconvenience derived from surgery, which is a more aggressive procedure. The time for recovery is faster, without the complications inherent in surgery.

As radiation and cryotherapy, its major drawback is that, if the treatment does not cure the tumour, and a second rescue treatment is necessary, the possibility of surgery practically does not exist. This is due to the very high number of complications of operating a tissue previously treated with HIFU.

This technique is contraindicated in patients with coagulation disorders, neuromuscular diseases, connective tissue diseases, patients with pacemakers or defibrillators, with metal implants, among others.

On the other hand, the larger the tumour is the longer and heavier the process will be, technical limitations according to the localization of the tumour (due to difficulties in passing the waves) and skin burns.

It is impossible to treat tumours in organs containing gas (such as the lung or stomach) since the ultrasound does not spread (it bounces). It is not indicated in bone tumours since this type of tissue attenuates ultrasound.

-HIFU, High Intensity Focal Ultrasound is based on the emission of ultrasound waves that cause damage in the targeted tissues.

-The best experience with this technique was in the treatment of liver, uterus and prostate cancer. It has also been used for pancreatic and kidney tumours.

-It is a non-invasive technique that avoids complications from more aggressive treatments such as surgery, but it is an emergent therapy of which there are no studies with long follow-up of patients.

You might also want to read: What is High Intensity Focal Ultrasound HIFU?

At the Harley Street Hospital, we have some of the best specialists to perform HIFU. Book an appointment to get a checkup.

Urodynamics
Urodynamics is a urological test that aims to simulate a voiding cycle (passing urine), that is, filling the bladder and emptying it to measure and ...
READ MORE »
Facebook
Twitter
LinkedIn 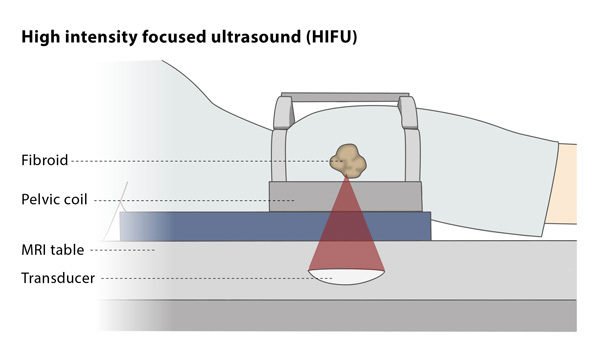