The epididymis is the conductive tube that connects the testicles with the vas deferens through which semen circulates with sperm. It measures about two inches as a whole and is wound on itself at the back of the testicle, forming a comma-shaped conglomerate that adheres largely to the testicular wall. In it, the sperm accumulates, where they mature until they leave the male organ to be expelled along with the semen.

An epididymal cyst is a small mass that is located in the testicle, which in most cases does not present more complications than its simple appearance, with some exceptions in which it can cause a small pain or feeling of heaviness of the testicles. This type of cyst is usually benign, in which case it does not require treatment for its disappearance.

How do you treat epididymal cyst?

The proposed intervention is intended to remove a cyst with a liquid content, located in the scrotum at the level of the epididymis.

The proposed intervention, due to an increase in the volume of the scrotum and/or local discomfort or pain caused by this benign tumour, aims to remove the cyst by the surgical opening of the scrotum. In most cases, it is a single cyst that develops in relation to the thickened part or head of the epididymis, but there may be several cysts within the same epididymis.
Lack of treatment exposes you to the risk of increased scrotal volume and the appearance or flare-up of clinical problems.

Are there other treatments?

Only simple surveillance can be proposed, especially if the cyst is small, stable, and painless.

Preparation for this procedure

As for all surgical procedures, it is necessary to carry out a pre-anaesthesia evaluation a few days before the operation.
The choice of the type of anaesthesia (general, local-regional or local) depends on the opinion of the surgeon and the anaesthetist doctor. The operative area is shaved and disinfected before the intervention.

A small incision is made at the level of the scrotum, after verifying the underlying testicle, the cyst is removed by opening the epididymis envelope and dissection is performed very close to the cyst wall.
The different layers are successively closed after placing, eventually, a provisional drain.
In rare cases of multiple epididymal cysts, the surgeon may be forced to remove part or all of the epididymis.

At Harley Street Hospital, we have some of the best specialists to diagnose and treat epididymal cyst. Book an appointment to get a checkup. 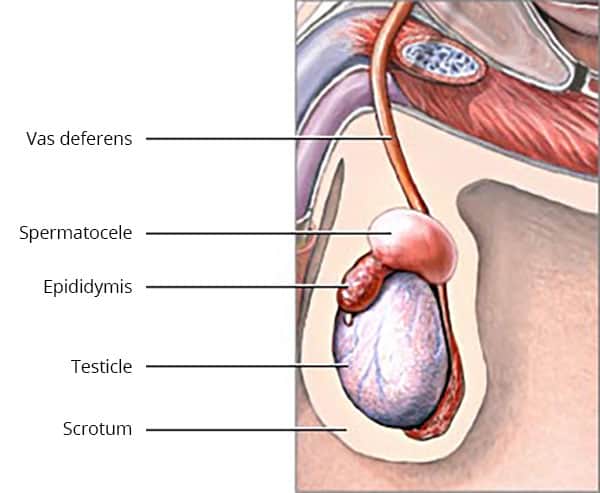