Prostate cancer is a disease that affects mainly older men. As men age, the prostate can enlarge and block the urethra or bladder. This could cause difficulty to urinate or interfere with sexual function. It is worth mentioning that prostate cancer is the most frequent cancer among men.

What is the prostate?

The prostate is a gland that belongs to the male reproductive system, it is just below the bladder (the organ that collects and discharges urine) and in front of the rectum (the lower part of the intestine). Its size is similar to walnut and it surrounds a part of the urethra (the tube that carries urine to the outside from the bladder). The prostate gland produces a fluid that is part of the semen.

What is the cause of prostate cancer?

Our body is constituted by millions of cells that divide regularly with the objective of replacing the old or dead ones. This constant process maintains the right functioning. This is regulated by a series of mechanisms that indicate the cell when to divide and when remain stable.

If these cells, besides growing without control, acquire the ability to invade surrounding tissues and organs (infiltration) and to move and proliferate in other parts of the body (metastasis) the result is a malignant tumour, which is what we call cancer.

When tumoral cells locate in the aforementioned organ, we are facing prostate cancer.

These tumours evolve slowly and symptoms usually appear in more advanced stages of the process.

Some of the lower urinary tract symptoms that may appear are as follows:

-Urinary urgency: An immediate unstoppable urge to urinate, due to a sudden involuntary contraction of the muscular wall of the bladder.
-Increased frequency of urination: Both during the day and at night (nocturia).
-Dysuria: Pain and burning during urination (painful urination).
-Delay at the beginning of urination and decrease in the force of the voiding jet or intermittency thereof.
-Sometimes the urethra is obstructed by the tumour and urinary retention (obstruction) appears.
-Post-void dribbling: It occurs when urine remaining in the urethra after voiding the bladder slowly leaks out after urination.
-Feeling of incomplete emptying of the bladder.
-Hematuria (blood in the urine).
-Hematospermia (blood in semen). 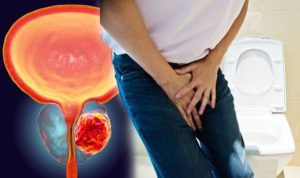 There are many diagnostic tests for prostate cancer but the most important are digital rectal exam and PSA test.

In this exam, the specialist introduces a finger (protected by a lubricated glove) through the anus. It allows palpating the surface of the prostate. This manoeuvre might result uncomfortable but it is not painful at all. This provides the doctor valuable information about the prostate such as consistency, if there are irregularities in the surface or alteration in the organ edges. 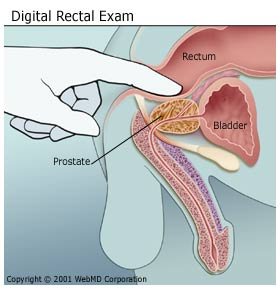 Prostate-Specific Antigen (PSA) is a protein produced, almost exclusively, in the prostate that is secreted along with semen in high concentrations. A small amount of this protein passes into the blood. Today, with a small blood sample, we can determine PSA levels using a simple laboratory test.

The determination of PSA is the objective diagnostic test of the greatest help to establish the suspicion of prostate cancer.

You might also want to read: Prostate Cancer Treatment Options 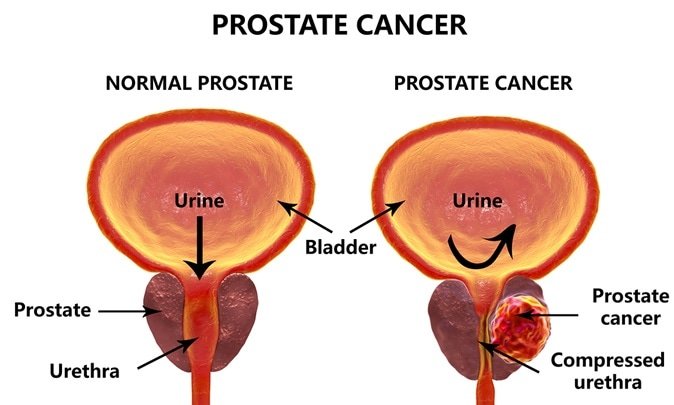