The spine is formed by a succession of vertebrae and intervertebral discs that act as cushions that prevent the rubbing of the vertebrae with each other, cushion the weight and stabilize your spine. Intervertebral discs are composed of a central part that is characterized by being of gelatinous consistency, called nucleus pulposus, which is wrapped in a fibrous structure called fibrous ring, which helps to keep the disc in its place. Added to this, it is also described that the fibrous annulus in its anterior portion is thicker compared to the posterior wall, resulting in the latter much more fragile with greater tendency to weaken, through which a protrusion or prolapse of the disk.

With the years and/or the efforts, the fibrous ring loses elasticity and resistance. In this state, the nucleus pulposus can move from the center of the disc, giving rise to a protuberance or disc protrusion, the most common occurs between L4-L5 and between L5-S1.

Usually, the prolapse of the intervertebral discs is usually diagnosed with the symptoms referred by the patient who suffers it and is corroborated by our specialised doctors using a Magnetic Resonance Imaging (preferably), which confirms the existence of the pathology apart from giving us information about the condition of it and the degree of nerve involvement.

Regarding disc herniation, this is defined as a pathology in which a part of the intervertebral disc moves towards the nerve root, so the fibrous ring breaks leaving the free passage of the nucleus pulposus. This generates a greater pressure, increasing the risk of causing pain and neurological injuries due to its high nerve innervation in the back and neurological lesions.

Not all patients with a herniated disc need surgery, most of them progress favorably without needing it. If the low back and lower limb pain do not respond to non-surgical treatment, if it continues for than 6 to 12 weeks and studies confirm a herniated disc as the cause of the condition, the discectomy may be indicated.
Discectomy is the treatment of choice in surgical discal pathology because it allows a broad vision and exploration of the surgical site and therefore treat all hernias and other pathologies that are associated, such as channel narrowing.
The surgery is performed under general anesthesia and requires 1 day of hospitalization. First, a small incision is made on the affected area, the muscle of the vertebral bone is removed above and below the disc to be worked, the intervertebral ligament and the portion of the bone of the superior and inferior vertebra are removed (laminotomy or laminectomy). In this way, the entrance door to the spinal canal is manufactured and the nervous tissue that is carefully separated until it reaches the disc is visualized, the herniated portion is removed and the decompressed nerve structures are subsequently checked. This procedure can be done under magnification, magnifying glasses or microscope and is called microdiscectomy.

At Harley Street Hospital, we have the best doctors to diagnose and treat lumbar disc prolapse. Book a consultation to get a specialist´s opinion. 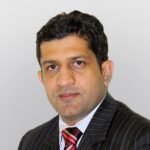 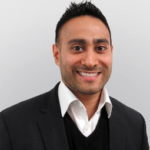 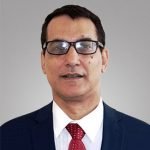 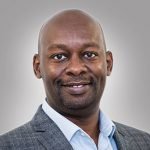 Mr Mohamed Ahmed
Mr Ahmed is an orthopaedic spinal surgeon with over 20 ... 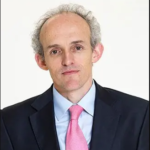 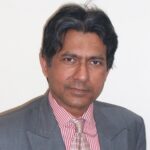 Professor Hilali Noordeen
Mr Noordeen is a member of the British Orthopaedic Association, ... 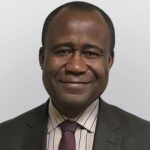 Mr Ben Okafor
I am a Senior Consultant in Orthopaedic and Trauma with ... 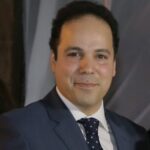 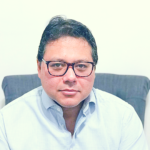 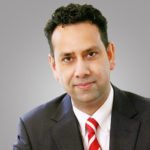 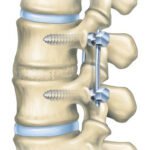 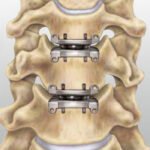 Day Surgery Cervical Disc Replacement
Generally, the discomfort caused by degenerative diseases of the spine is treated with anti-inflammatory drugs, physical therapy and/or infiltrations. However, sometimes the only way to ...
READ MORE »
Spinal Surgery 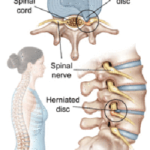 Day Surgery Lumbar Microdiscectomy
Lumbar microdiscectomy basically consists of a small surgery to remove the herniated part of the lumbar disc. This injury to the disc causes irritation and/or ...
READ MORE »
Spinal Surgery 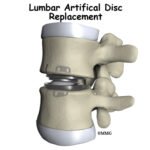 Day Surgery Spinal Disc Replacement
Low back pain can affect us all. Its importance is directly related to its frequency and intensity.  Isolated episodes of pain are usually associated with ...
READ MORE »
Spinal Surgery 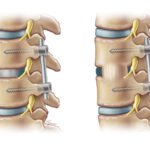 Day Surgery TLIF Lumbar Fusion
Lumbar fusion or arthrodesis is a technique that has been used for decades to solve instability problems in that region. Since its inception, arthrodesis ...
READ MORE »
Spinal Surgery 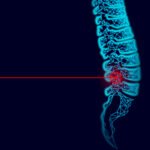