Tendinitis is the most frequent knee injury and involves inflammation of one or more of the tendons that are inserted into the joint, due to its irritation or due to overstrain (overload). The quadriceps and patella tendons are fixed in the anterior part of the knee, while the hamstrings are located in the posterior part.

Sports practice is perhaps the most significant risk factor against knee tendinitis since in them the joint is subjected to the forced use of it, causing overstrain or overload of the tendons with abnormal extensions and rotations. However, there are other circumstances that may favour the appearance of this type of injury. Ageing is one of them, just like the existence of rheumatoid arthritis having suffered some type of direct trauma to the joint.

Pain is the symptom that is most often associated with tendinitis and that, depending on its severity, manifests itself in some circumstances or others. Thus, when it is mild, it is normal that it appears after practising some type of exercise, appearing during it in more or less moderate injuries. However, in the most serious cases, the pain can be so intense that the patient tries not to move the joint or do it as little as possible. Regarding inflammation, it can be seen with the naked eye on certain occasions.

Finally, it should be noted that different types of knee tendinitis can be distinguished. The most common is patellar tendonitis or jumper’s knee, followed by that of the quadriceps tendon, the so-called iliotibial band syndrome or goosefoot tendinitis, which affects three tendons on the inside of the knee.

Treatment of knee tendinitis varies depending on its severity or the number of tendons affected:

Mild: It is generally sufficient to keep the joint at rest and the use of anti-inflammatories. It is also advisable to carry out specific physical therapy to strengthen the affected muscles.

Moderate: In some cases, it may require the immobilization of the knee in order to limit its movements, as well as the performance of corticosteroid infiltrations when neither the anti-inflammatories nor the rest nor the application of local cold manages to calm the pain.

Severe: If they do not respond to the aforementioned treatments, surgery may be necessary to repair the tendon, which may be torn. It will be followed by a rehabilitation program with physical therapy until full recovery is achieved, which can sometimes take months.

You might also want to read: Knee ligament injuries

At Harley Street Hospital, we have some of the best specialists to diagnose and treat knee tendon injuries. Book an appointment to get a checkup. 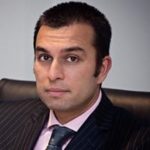 Mr Gorav Datta
Gorav trained in London and specialist fellowships were undertaken at ... 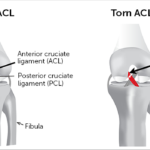 ACL Injury
The anterior cruciate ligament (ACL) is one of the main stabilizers of the knee. Its function is to keep the joint in place, avoiding forward ...
READ MORE »
Hip and Knee Surgery 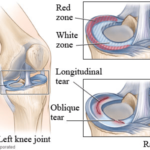 Knee Meniscal Tears
The knee is the largest joint in our body. Each knee has two menisci located between the femur and the tibia. One of them is ...
READ MORE »
Hip and Knee Surgery 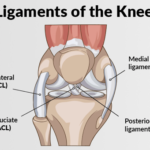 Knee Ligament Injuries
Ligament distension is defined as the change in the size or shape of the ligaments, either because they are excessively stretched or contracted in a ...
READ MORE »
Hip and Knee Surgery 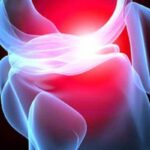 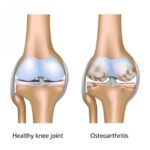 Osteoarthritis of Knee
Osteoarthritis of knee is characterized by the gradual deterioration of articular cartilage and leads to the appearance of pain with physical activity, variable inability to ...
READ MORE »
Hip and Knee Surgery 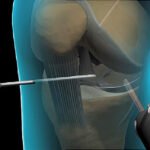 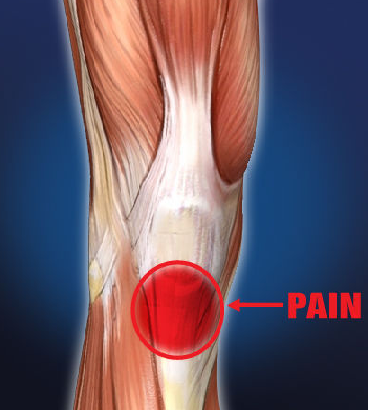