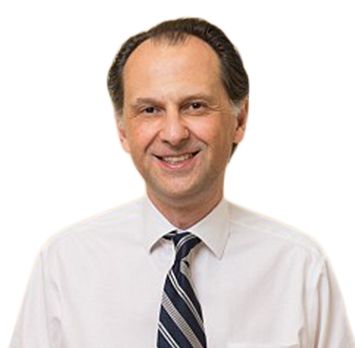 Mr Marc Laniado offers men with prostate enlargement or early prostate cancer treatments that benefit with less chance of side-effects. He uses the most advanced techniques that have a consistently better success rate. These are personalised to the individual needs and values of each man he sees.

He is a highly experienced urologist and works full time in the direct clinical care of men with prostate problems. Annually, he performs about 100 Retzius-sparing prostatectomies, as well as HIFU,  and 100 or more treatments for BPH.

He is the joint chairman of the prostate cancer multidisciplinary team for private patients at the Wellington Hospital and the Princess Grace Hospital where he operates and sees patients. He also sees patients at The London Clinic.

Mr Laniado was appointed as a consultant in 2002 and started performing conventional robotic prostatectomies in 2008. In 2016, He switched to the Retzius-sparing approach because of the much better bladder control and recovery of erections with similar cancer outcomes. He trains surgeons learning how to perform Retzius-sparing prostatectomies at the Royal Berkshire Hospital. NHS patients consult with him at the Royal Berkshire Hospital and Wexham Park Hospital (Frimley Health), where he is the lead for urological cancer.

Mr Laniado graduated from Guy’s Hospital Medical School in 1989, having previously gained a BSc in physiology. Following specialist urology training in London, he became a Fellow of the Royal College of Surgeons (Urology) in 2000, going on to complete his MD in prostate cancer research, Fellow of the European Board of Urology in 2002, and become an international member of the American Urological Association. Before taking up his career as a consultant, Mr Laniado extended his knowledge and skills on a Visiting Fellowship at the Cleveland Clinic Foundation in the USA, where he trained in minimally invasive surgical techniques.

Mr Laniado chooses treatments wherever possible for prostate problems that maximise the benefit-to-risk ratio, which are often less readily available. However, it is not possible to completely eliminate the chance or impact of after-effects after treatment, although the risk and impact are minimalised as much as possible.