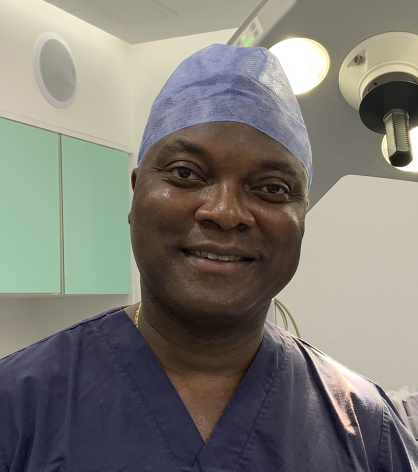 A graduate of Manchester University Medical School, Ivo is trained in all aspects of Plastic Surgery. He trained within the London Deanery, working in most of London’s Teaching Hospitals. He obtained his Certificate of Completion of Training in Plastic Surgery in December 2010. He spent all of 2011 working as a fellow within the Craniofacial Unit at Great Ormond Street Hospital. In August 2013, he left the UK for the United States where he undertook a 12 month fellowship in Craniomaxillofacial surgery at the world renowned Cleveland Clinic Foundation, Cleveland, Ohio, United States. During that time, he was also involved in face transplant research projects.

During his time at the Cleveland Clinic, Ivo spent time further subspecializing in adult and pediatric craniofacial surgery. He also undertook pioneering research which led to the development of a new technique for the reconstruction of the middle vault of the nose, known as the ‘Fulcrum Spreader Graft’. This method is now published in the scientific literature. He is the author of several papers and is co-author of several chapters in the newly published Plastic Surgery textbook ‘Plastic Surgery – A problem based approach’ as well as the author of a couple of chapters in the new ‘Atlas for Craniofacial Surgery’ – nasal osteotomies and orbital box osteotomy for orbital dystopia.